The whole story of DONNAVVENTURA is made of spectacular landscapes and breathtaking snapshots of the most exotic and wild, international sceneries.

Twenty-five years of “all-female” adventures, leaving well behind the boundaries of normal, daily life and routine, and exploring the unknown beauty of the world, which never fails to captivate and thrill the senses.

Ever since the very first DONNAVVENTURA expedition, set in the Sahara desert, many personal, thrilling accounts of each single, audacious team member, have mesmerized audiences with most unique reportages from Lybia, the Amazonas, Australia, Patagonia, Morocco, Lapland and long expeditions in South America and in the U.S.A. (West Coast from Mexico to Alaska); not to mention the most recent ones in Southern Africa (Mozambique, Malawi, Tanzania, Kenya, Zambia, Zimbawe, Botswana and Namibia), in Australia, Papua Nuova Guinea and Nuova Caledonia, the Malaysian Grand Raid in South-East Asia (Malaysia, Thailandia, Laos, Vietnam, Cambodia, Myanmar – Burma, the Brunei Sultanate and the Borneo), the Brazil and Amazonas Grand Raid (Brazil, Venezuela, Colombia, Panama, Costa Rica, Nicaragua, Honduras), the American Grand Raid: from Bahamas to Québec, the Egypt Grand Raid: from the Alps to the pyramids, the Indian Ocean Grand Raid: from Madagascar to Dubai, The Pacific Ocean Grand Raid: from Tierra del Fuegoto the Peruvian Amazon, the American Grand Raid from New York to Hawaii and at last Donnavventura Swiss Edition from the Engadin to the Canton of Ticino.

From sand dunes to frozen landscapes, with untamed enthusiasm! 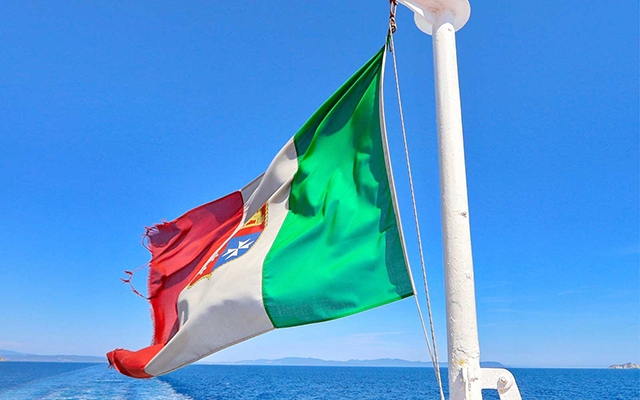 GRAND RAID OF THE THIRTIETH ANNIVERSARY 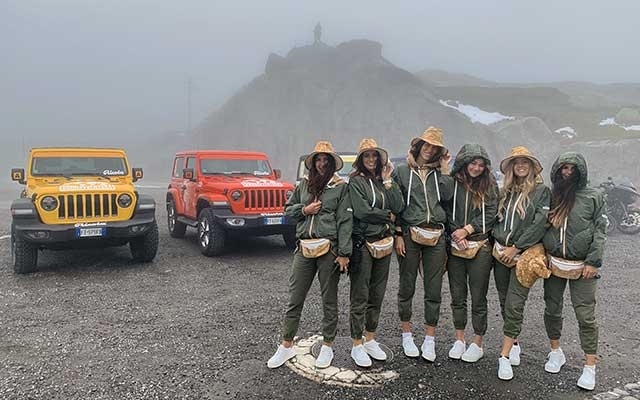 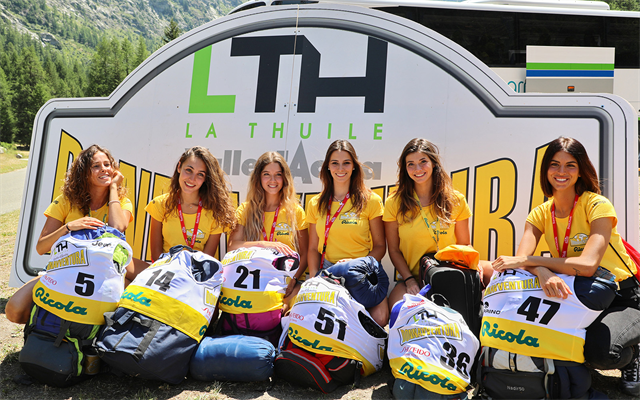 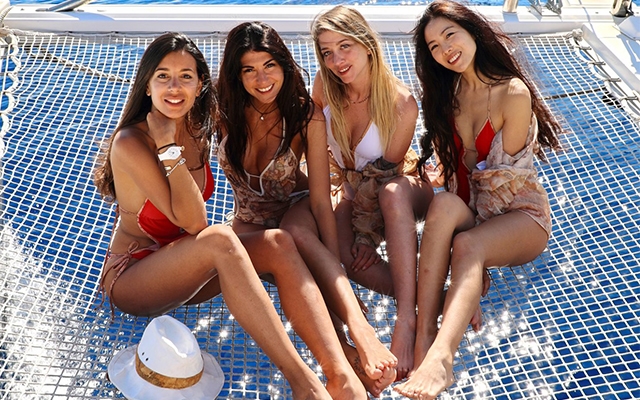 FROM VENICE TO THE LAND OF THE RISING SUN 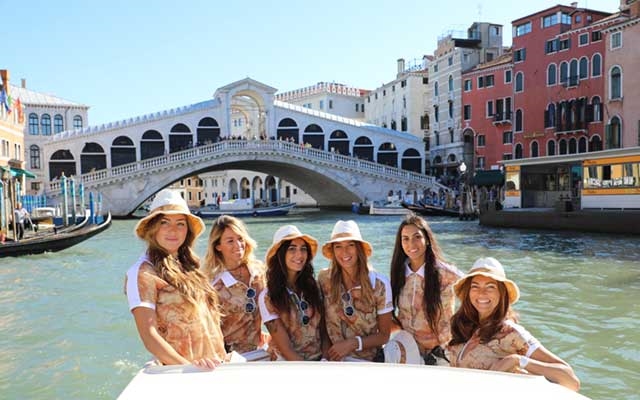 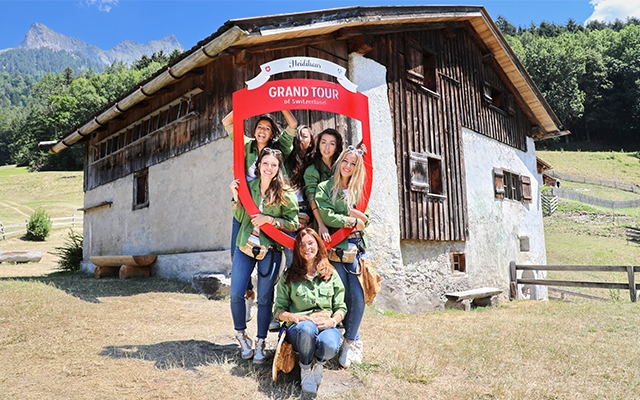 AFRICA AND THE INDIAN OCEAN 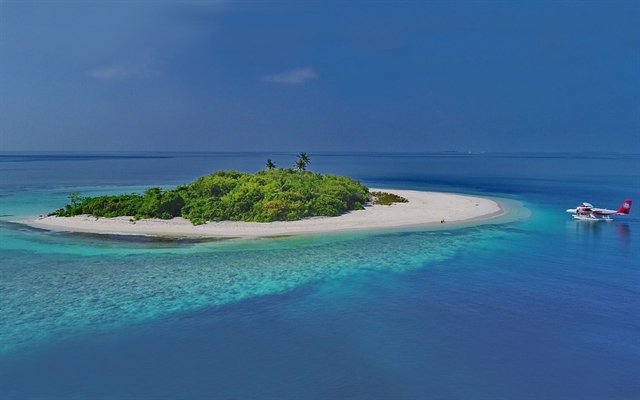 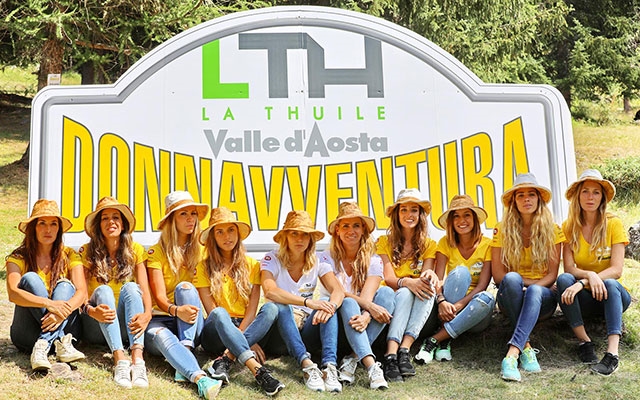 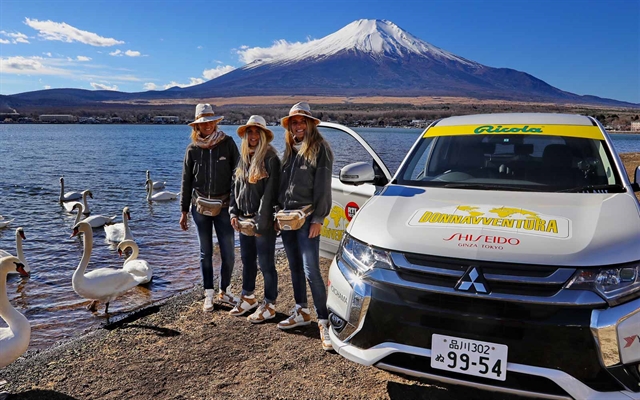 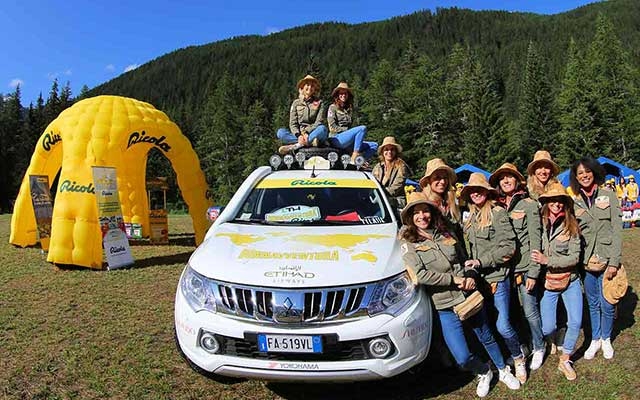 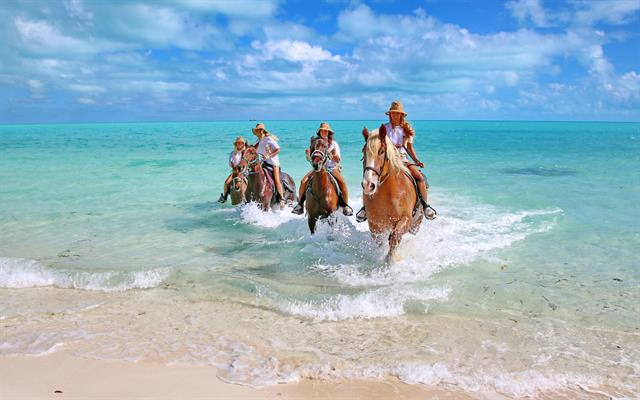 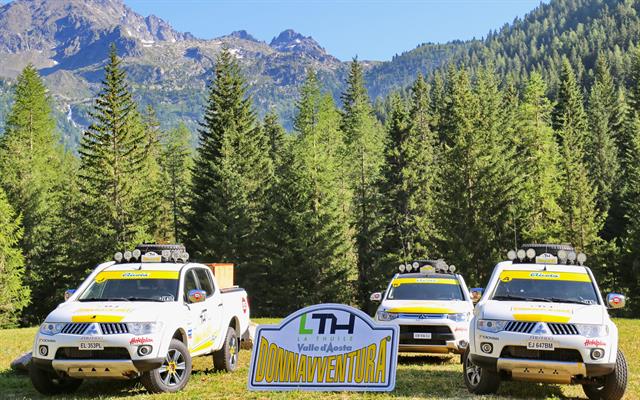 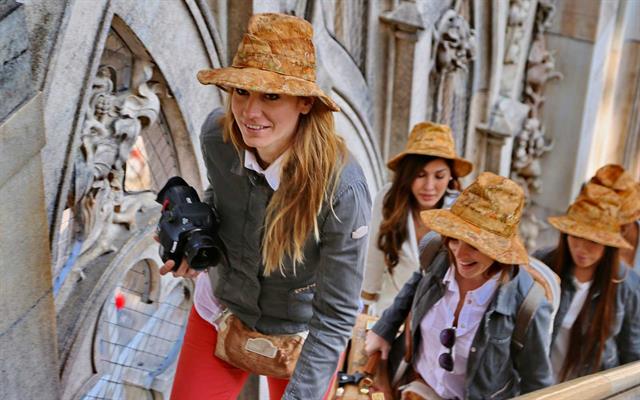 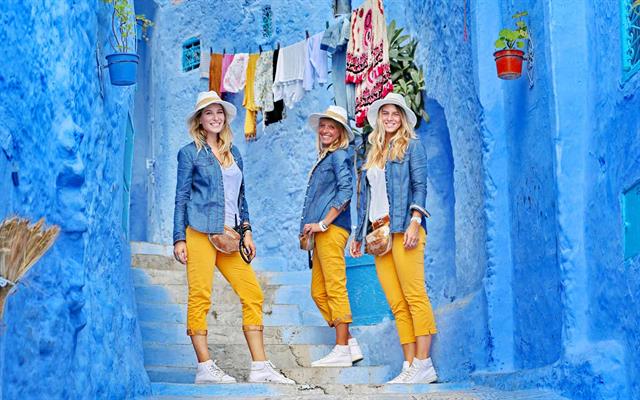 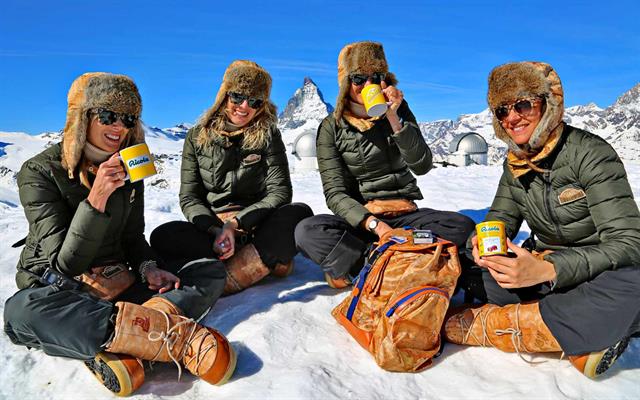 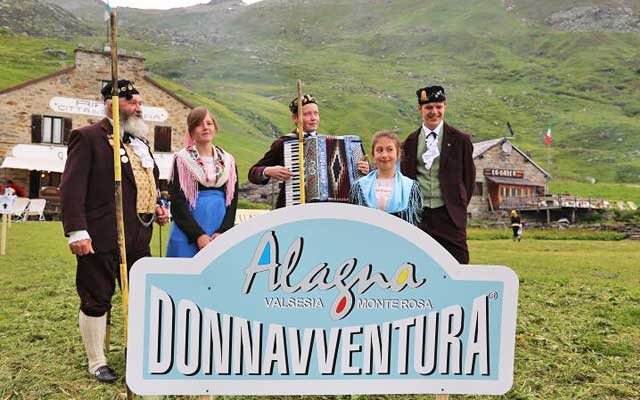 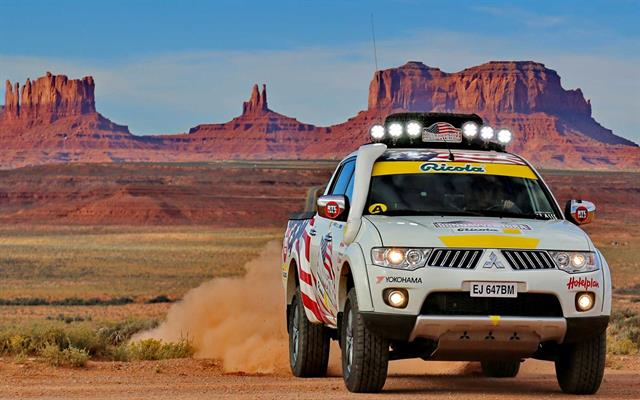 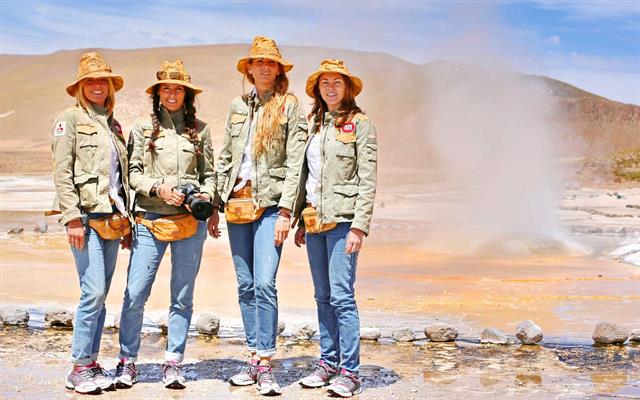 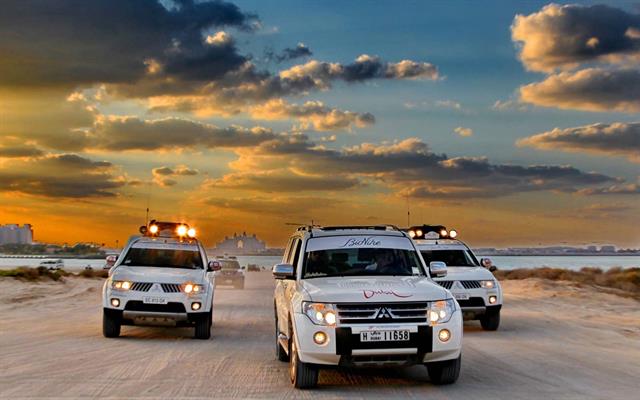 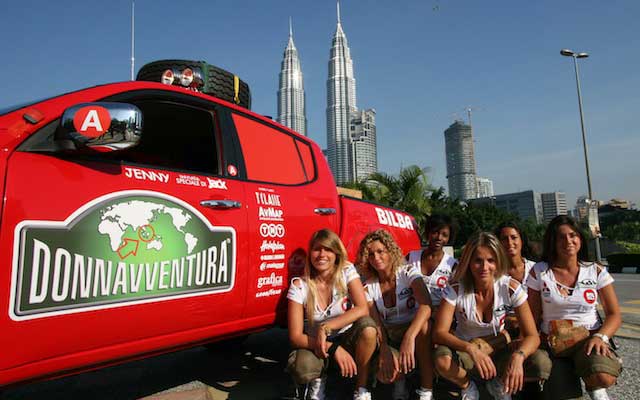 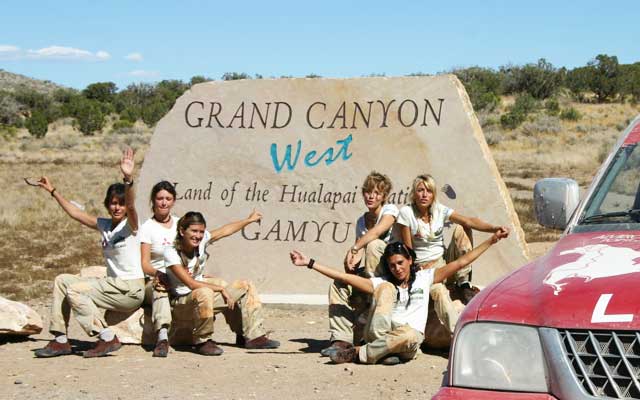 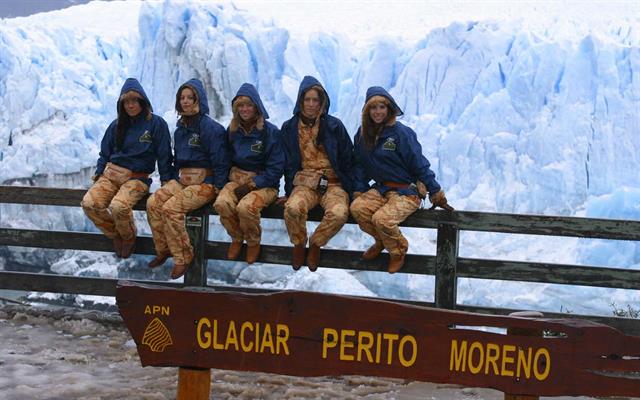 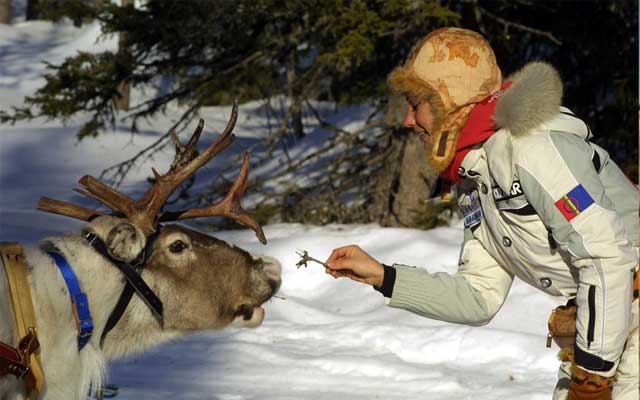 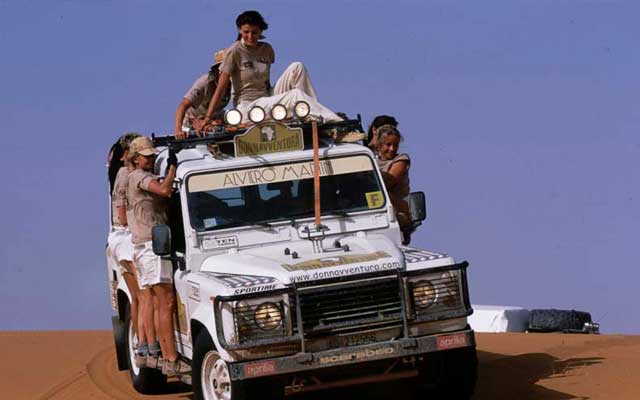 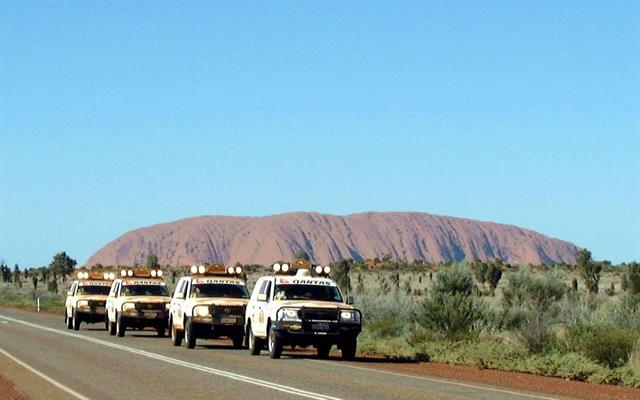 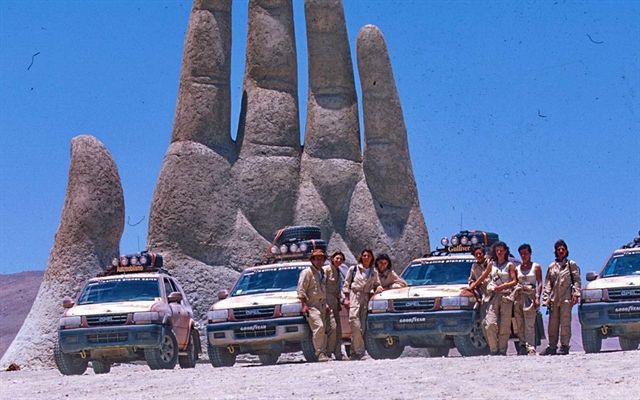 FIRST YEARS IN THE SAHARA 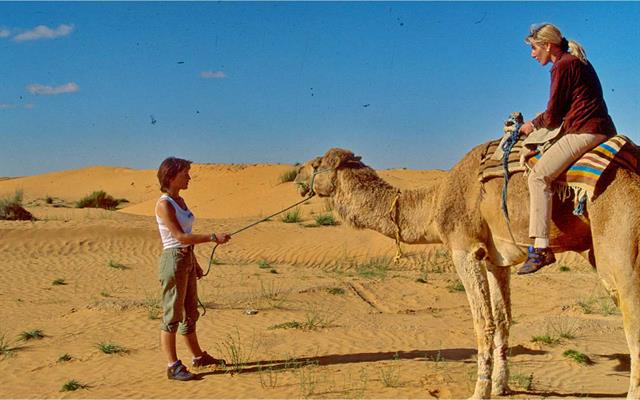